If you ask us how we liked Nicaragua you might risk that we get really enthusiastic and won't stop talking for a long time. Nicaragua seems to have it all. Peaceful cloud forests, huge lakes, impressive volcanoes, coffee, cocoa, tobacco, an inspiring culture and incredibly welcoming and nice people.

In the cloud forest  around Jinotega we stayed at a farm run by a Bavarian expat who explained so many things about the environment to us (he used to be a teacher) that we were on the verge to take notes. Not only did he talk us through the steps of eco-friendly-coffee- production and showed us his plantation, he also could name almost every plant in the forest and tell us something special about it. Did you know that there are leaves which grow in brown colours to pretend to be too withered to taste good? Or that some trees peel themselves to get rid of all the parasites?

Our trip to a farm growing cocoa was as exciting and informative. We could even try the beans and have some Pinolillo, a very tasty cornmeal and cocoa-beverage. That we also saw some sloths chilling on the trees really made our day. Aren't they simply adorable?

Our next stop was at Don Chico's farm in the forests around "Peñas Blancas". Don Chico is 79 and amazing. My drivers climbed (literally - they had to use lianas as handles) to the summits with him and he really outdid them. They came back bathed in sweat and with muddy clothes from sliding and slipping. Don Chico looked exactly like he had four hours before when they had started their trip. At the age of 77 he was given a mandolin and learned to play it from listening to the radio. We were lucky enough to listen to his virtuous playing in the evening.

After that we were ready for some volcano-action! My drivers were crazy enough to slide down the active volcano Cerro Negro. Sleeping within the reach of an active volcano also works perfectly fine as we experienced at the volcano Momotombo. Even I was allowed to go up to the summit of the Masaya volcano were we could actually see the lava boiling. 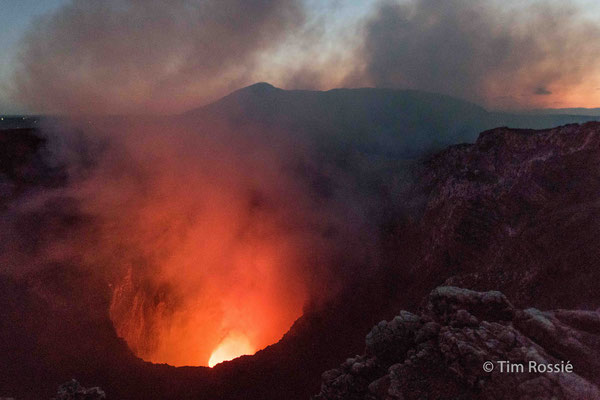 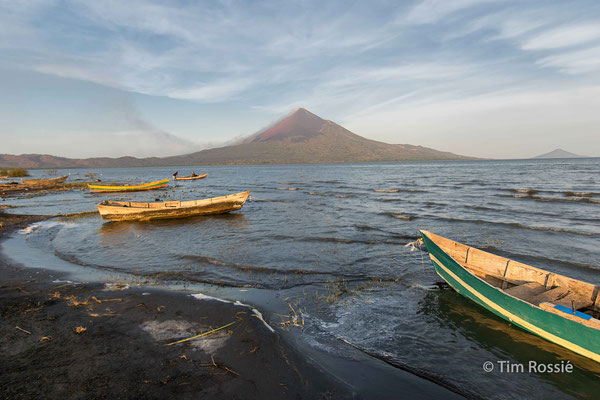 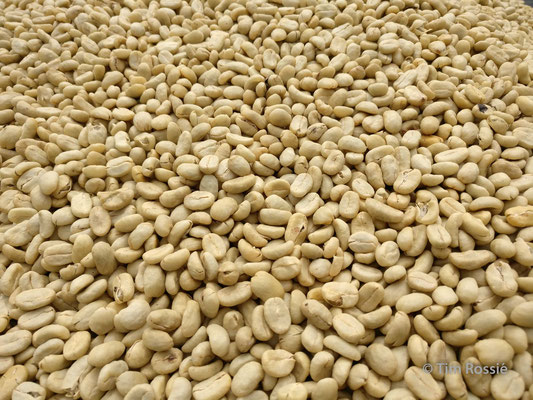 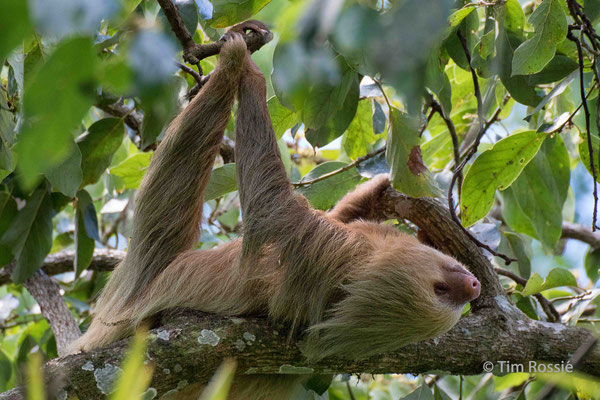 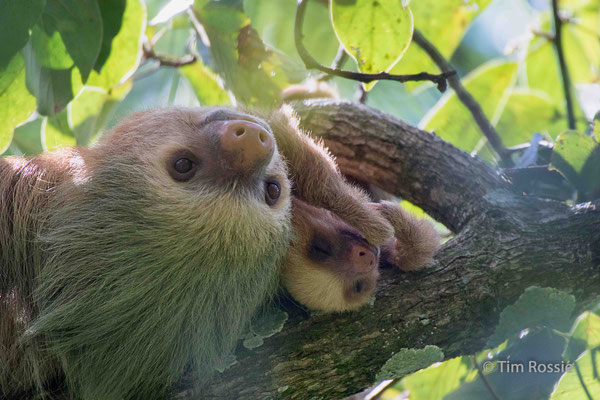 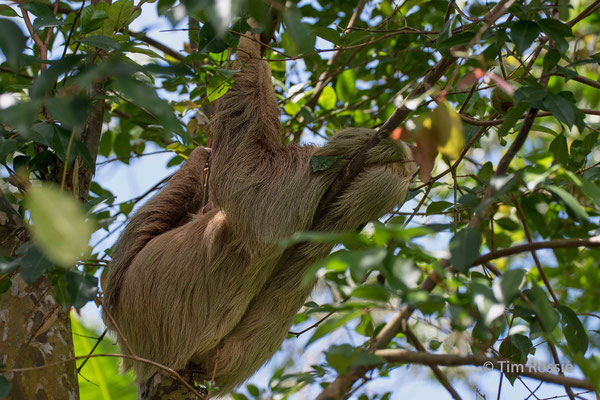 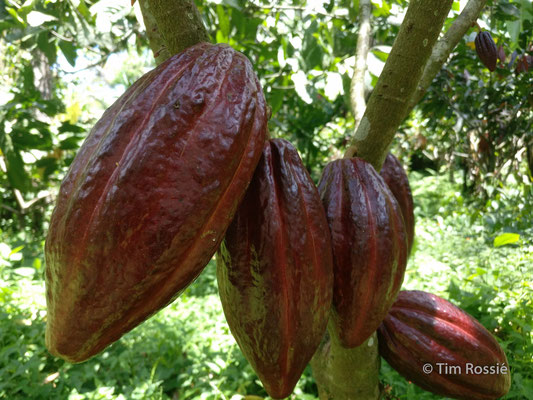 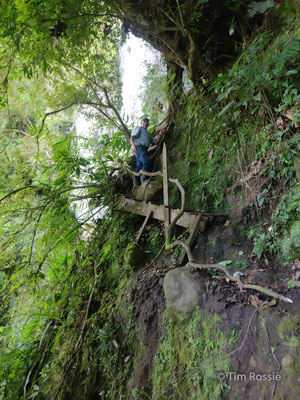 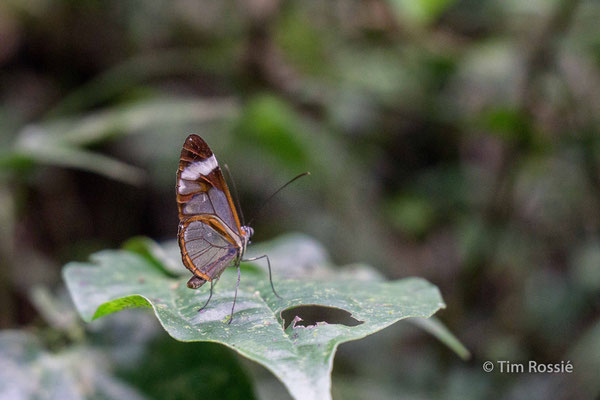 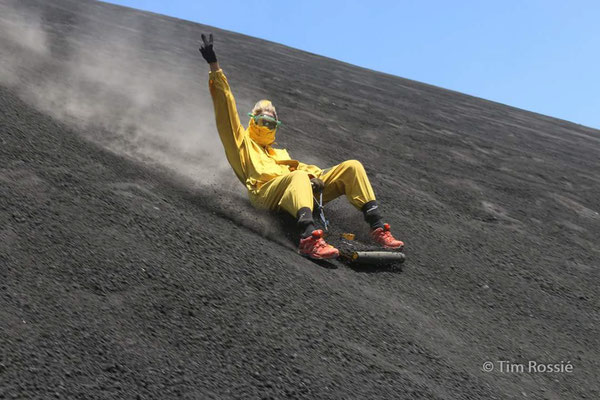 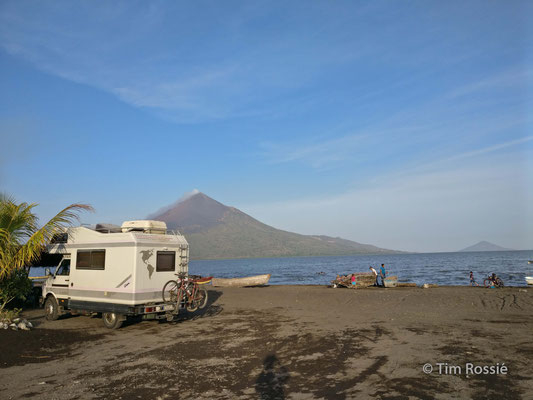 Part 2 was about culture and playas. We explored the historic quarters of Leon and Granada, my drivers had lots and lots of apparently great streetfood and even learned how to make a cigar. They tried to smoke it the same evening. Let's say I am the expert in blowing out smoke in this team.
The beaches were really nice with big waves and a nice surfer-vibe. Sleeping on the beach with the sounds of crashing waves is so relaxing after a long day of exploring!
One of our highlights was certainly the encounter with a bunch of howler monkeys at a small backroad. We just stood there and watched while they jumped around in the trees above me. I wasn't sure how I would feel if they jumped on me but it didn't happen ;-) 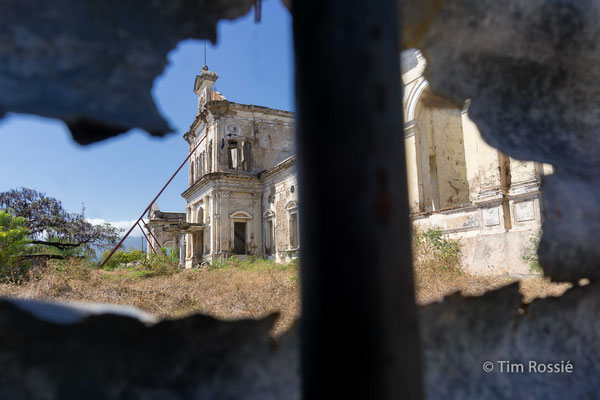 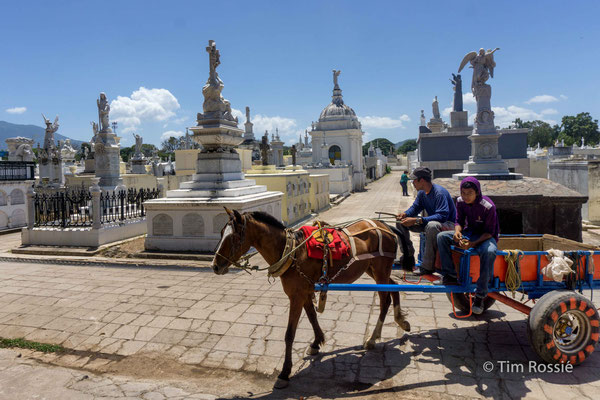 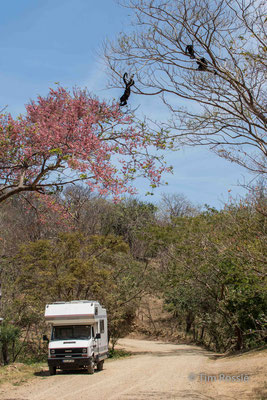 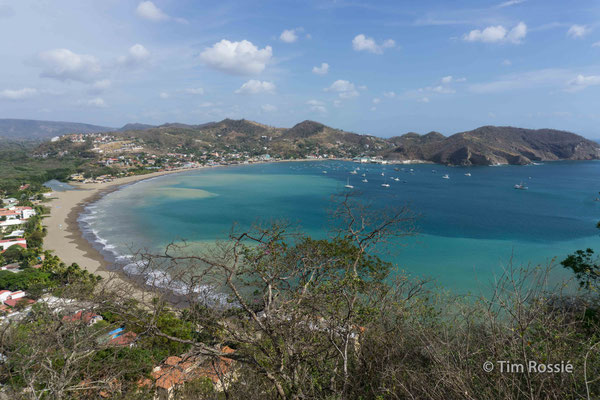 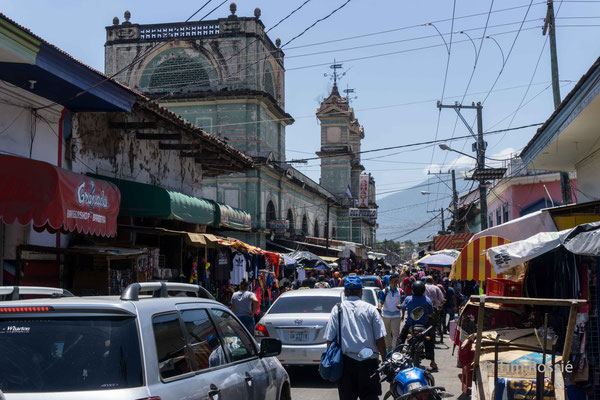 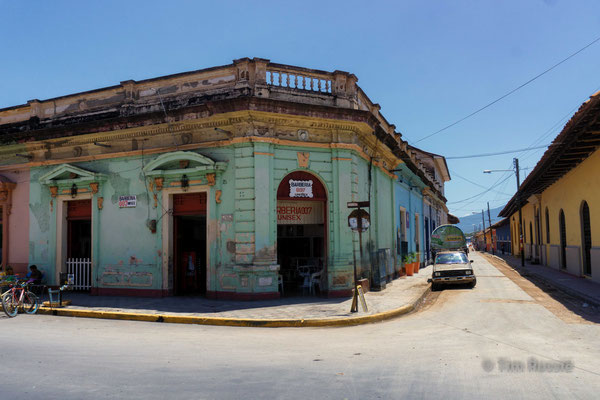 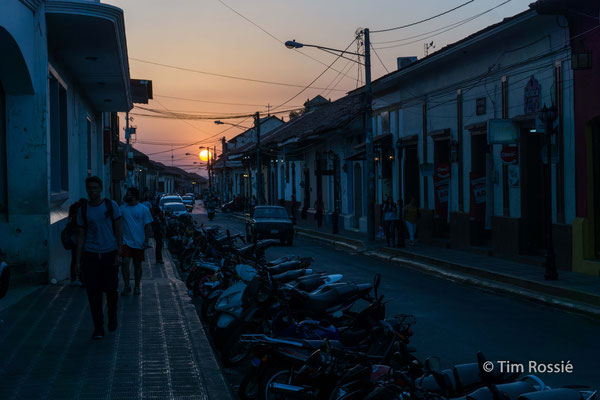 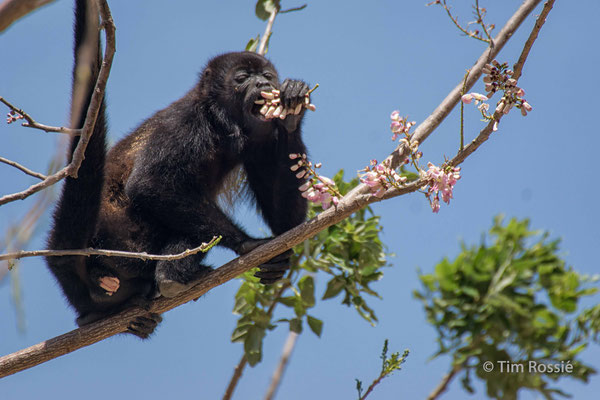 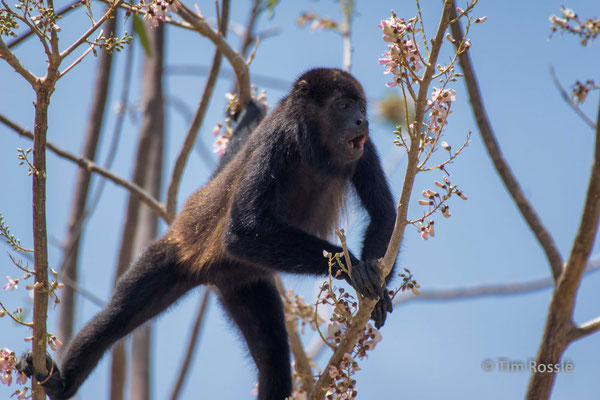 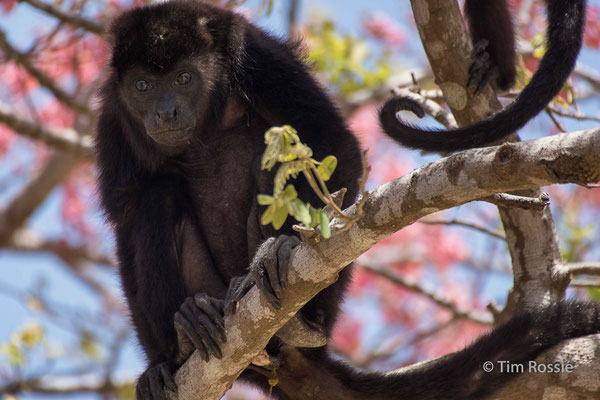